You are here: Home / Branding & Marketing / What Can Twitter Do For Your Small Business?
Feel free to share...

I signed up for a Twitter account three years ago, and it truly changed my life. My Twitter anniversary was on December 2nd, and I thought it might be helpful for me to explain what my goals were for the social network. Now is a perfect time to step up your game on Twitter or finally get it going with a social media strategy.

I have never had a nickname in my life, but since my name Melinda Emerson was taken when I tried to sign up for Twitter, my buddy social media strategist, Cathy Larkin @Cathywebsavvypr nicknamed me @SmallBizLady. We now know that was the best branding accident that ever happen to me. We thought it would work, since it would help people know who I was and what my expertise was as a small business start-up and business development expert.  We ultimately knew it would help me raise awareness to my book, Become Your Own Boss in 12 Months.

When you got on Twitter did you have a plan?

When I started out on Twitter I had two goals. First, I wanted to build an author platform to demonstrate my thought leadership on all things small business. Secondly, I wanted to make friends and attract my niche target customer; professional women 30+, who want to start or grow a small business.  However, Twitter provided some unintended benefits as well.

When I first when on twitter I did three things each day. I shared a helpful article on small business, I tweeted out something personal about myself, and I answered someone’s small business question. Being helpful was my intent, and it served me well.  I set up Google alerts on specific business topics so that I would always have fresh things to tweet.  Once I got the hang of it, I made sure that I shared other people’s content more than my own.

I am now, a well-respected social media expert as a result of how well I’ve built my brand. I also am an active member of the Twitter community with over 125K followers. I tell people that I work Twitter like a job Monday thru Friday.

Twitter is a micro-blogging platform designed for people who need the bottom-line and not much else. In short, if you can’t say it in 140 characters or less, forget about it. If you do not know who you are trying to talk with or attract forget about it.  You need a content strategy in order to really be successful with Twitter.

In April 2009, I launched #SmallBizChat which is a Tweetchat (or Twitter Talkshow as I like to call it.) My professional background is as a television producer, so I approached my tweetchat like a TV new program.  I developed a formula.  We have an open, close and new question coming out every four minutes.  Every Wednesday on Twitter to help entrepreneurs get answers to their small business questions with #Smallbizchat.  To date, my co-host @TaiGoodwin and I have produced over 130 shows.  By the way, New York Times Small Business Blogger Jay Goltz @JaySmallBiz is my guest this Wednesday.  His topic is how to run a successful small business.  He’s been an entrepreneur over 33 years, with five businesses so I think he knows a little something about it.

Twitter has grown my @SmallBizLady consulting brand. I have gotten several coaching clients and hundred of business contacts. I have also been invited for at least 50 speaking engagements, countless blog talk radio interviews, and thanks to this blog, I have been requested to write for several publications including smallbiztrends.com, secondact.com, black enterprise and essence magazines and quoted in many articles for publications including the Wall Street Journal, New York Times, Washington Post, Philadelphia Inquirer and Fortune.  I have also had several TV appearances for NBC, MSNBC, and Fox News. These opportunities came just because of the content, resources and blog posts I tweet out regularly on Twitter.

Do you have any other suggestions for how Twitter can help a small business?

For more tips on how start or grow your small business subscribe to Melinda Emerson’s blog http://www.succeedasyourownboss.com.

Melinda F. Emerson, known to many as SmallBizLady is one of America’s leading smallbusinessexperts. As a seasoned entrepreneur, professional speaker, and small business coach, she develops

audio, video and written content to fulfill her mission to end small businessfailure.  As CEO of MFE Consulting LLC, Melinda educates entrepreneurs and Fortune 500 companies on subjects including small business start-up, business development and social media marketing. Forbes Magazine recently named her the #1 woman for entrepreneurs to follow on Twitter. She hosts #SmallBizChat Wednesdays on Twitter 8-9pm ET for emerging entrepreneurs. She also publishes a resource blog www.succeedasyourownboss.com  Melinda is also the author of the national bestseller Become Your Own Boss in 12 months; A Month-by-Month Guide to a Business That Works. (Adams Media 2010) 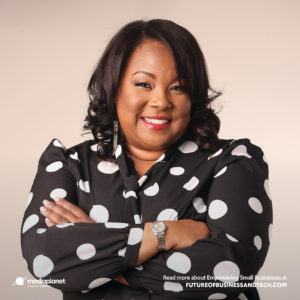 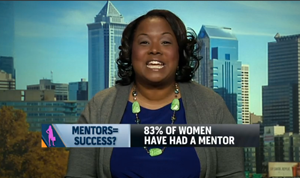 Melinda Emerson, “SmallBizLady,” is an engaging and witty speaker and a great addition to any conference. Her terrific presentation and compelling delivery give people the information they need and want to become their own bosses and grow success… END_OF_DOCUMENT_TOKEN_TO_BE_REPLACED

Melinda Emerson has been a fantastic small business and social media resource for the Pitney Bowes team. Not only is she personable and easy to work with, but she also has an innate understanding of the small business audience. My marketing programs … END_OF_DOCUMENT_TOKEN_TO_BE_REPLACED 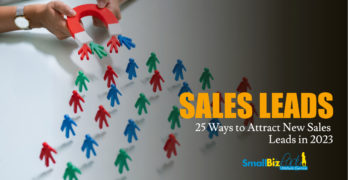